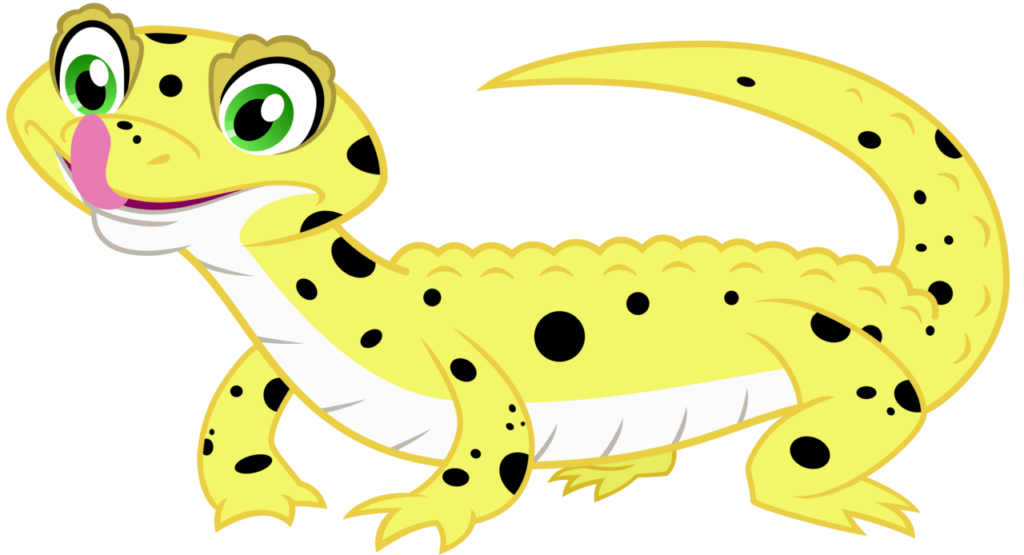 They are, therefore, an animal that’s seldom seen during the day. Leopard geckos,
because of the high heat, they spend most of their time underneath the ground. They
will forage for their food which, of course, are insects.

Primarily, they’re spotted like a leopard, but through captive breeding, we find them in all different colors, all different patterns like solid yellow, solid black and striped. They shed their skin in patches and then they eat their own skin.

The Leopard gecko has a kind of habit of covering his trail. When they shed their skin, they make a meal out of it. Unlike many species of geckos, leopard geckos possess movable eyelids but they do lack sticky toes and have little claws instead, so unlike most geckos, they can’t walk up vertical walls.

This is why you can keep a leopard gecko in a cage without worrying about him/her escape.

However, the pretty good climb is when it comes to walking up against your arm
to sit on your shoulder.

These lizards are naturally found in the highlands of Asia and throughout Afganistan and some warm parts of northern India. They range from 1.6 to 60 cm (0.64 to 24 inches
approximately).

Most of the geckos cannot blink, so they often lick their eyes to keep them clean and moist. All geckos except species in the family Eublepharidae lack eyelids; instead, the outer surface of the eyeball has a transparent membrane, the cornea.

It believes that in the dark, Leopard geckos can see in color, but not only this their vision is far more superior in the dark than it is in bright light and as well as there are eyes are over 350 times more sensitive than ours.

The most interesting fact about leopard gecko is they can’t see the color red. This one’s rather odd but apparently they can’t see it and they just probably see it as white light and this can disturb their night cycle.

They detach their tails when attacked to distract predators, though it will regenerate it will never look like the original. They have been known to live 22years in captivity, so it’s a hefty commitment if one is going to buy it.

The typical life-span for free-roaming individuals, however, is uncertain. Leopard geckos in the wild will have a much shorter lifespan due to predators, disease, and injuries which are normally avoided when kept as pets.

A hereditary neurological dysfunction has occurred known as enigma syndrome where effected geckos display strange behavior and are usually easily stressed out. 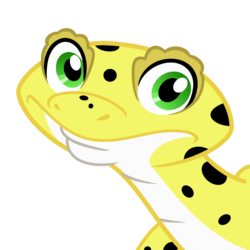 Leopard geckos are perfectly suited to go without food for a while. Unlike other pets such as dogs or cats, leopard geckos don’t have to be fed every day after a certain age. Actually beaten an adult every day could probably kill it. They have a built-in food storage unit known as their tail. In the wild when the food is scarce they can rely on the fast storage in the tail to give them energy. Rarely, Leopard geckos can go longer but usually, they reach lengths up to 6-7 inches.

During the day time, Leopard geckos do shelter themselves under rocks or burrows, but eventually, they are nocturnal creatures. Though they are ground dwelling species they can climb rocks and branches where they can easily absorb heat.

After the birth of leopard gecko, they almost refrain themselves from eating at the earliest days of their lives. Consuming their own old skin is actually beneficial for their growth and development.

It takes the little guys between 16 and 25 months to attain reproductive maturity. Once leopard geckos are mature, they typically start reproducing promptly. 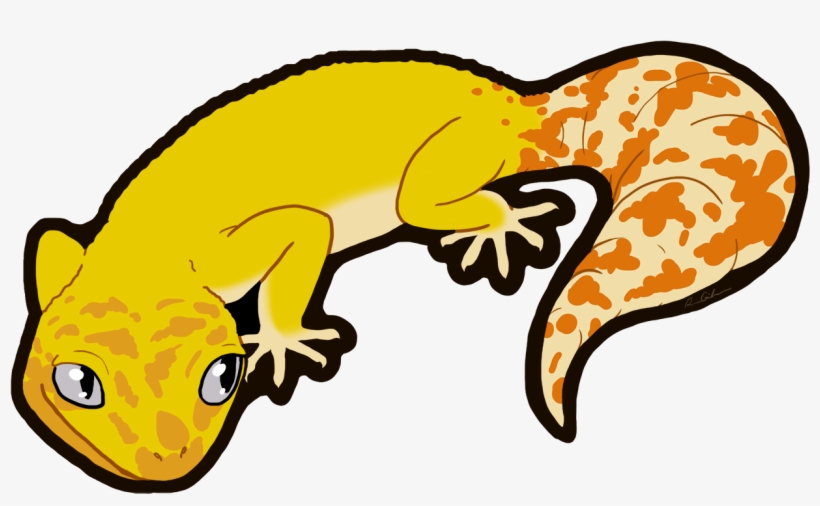 The growth rate and size of Leopard gecko are independent on their husbandry, genetic exact age of a leopard gecko.

As they age, they develop a yellowish color on their skin so it’s a rare condition to see leopard gecko change color.

Most baby leos have bands on their body instead of spots. As they grow up, the band will get separated and it changes into the spot, and that usually happens when the leopard gecko is one year old. So if the gecko still has bands and not spots, the chances are he/she is still less than a year old.

Leopard geckos are the most popular lizard pets, because they are handy, easy to maintain, require little space, and can live longer which make them a perfect companion for an individual and for families too. 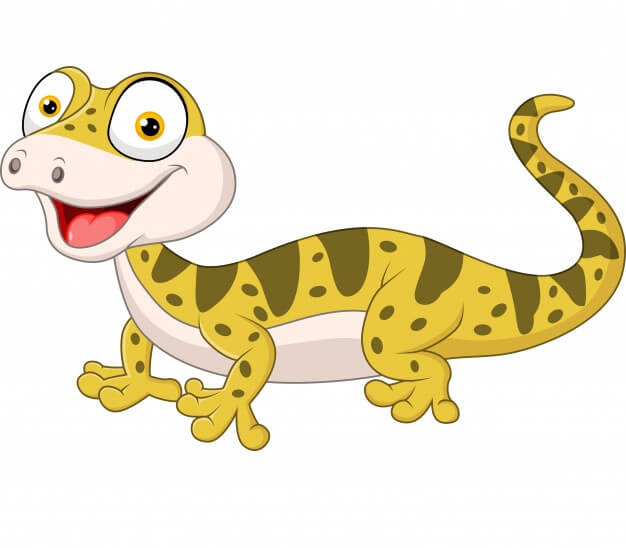 The male will bite her on the back of the neck, line up their vents and will mate with the female.

Leopard gecko develops their eggs in pairs. As the eggs grow you will notice her gain weight and could possibly see the eggs through the belly skin. Once the female leopard gecko is ready for eggs laying, she will dig a hole, lay her eggs and bury them. Female geckos can develop eggs without mating.

If the eggs are not fertile, they will develop fungus within a couple of weeks. Leopard geckos come in many varieties of color mutation or morphs and their prices vary from color to color.

There are currently 100 different types of color morphs.

This is the basic yellow leopard gecko with black spots. These geckos are very inexpensive and easily available in shops and pet stores. They have a dull yellow color with a large number of black spots on them.

The high yellow morph has more yellow and a few black spots than the normal morph. It is nothing more than a normal Leopard Gecko that has been selected for reduced black spotting and lots of yellow pigment.

It is nothing more than a normal Leopard gecko that has been selected for reduced black spotting and lots of yellow pigment.

This morph description is specific to the tail. A leopard gecko that has at least 15% of its tail covered in orange is described as a Carrot Tail.

The RAPTOR is an albino leopard gecko with red eyes and an orange body. RAPTOR
morphs will have no black spots and are considered combination morphs.

The Halloween Mask morph has bold head patterns. Their patterns and traits will
continue to develop as they mature into adults.

As the name suggests, the Lavender morph describes any leopard gecko with the light
violet or lavender color on it. Many geckos lose their lavender coloration as they get older which can make breeding for this morph very difficult. 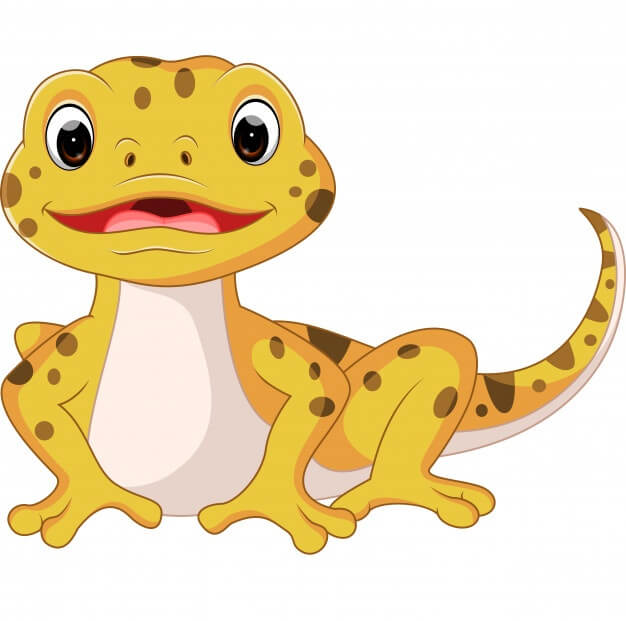 A Hyper Melanistic is a darkly pigmented, but not black, a leopard gecko. This morph
has more melanin than the lighter pigmented morphs. It will still have spots and
patterns but overall have much darker coloration than Normal or Wild Types.

Leopard geckos grow quickly and become mature at about one year. Male geckos grow more quickly than the female ones. They are ready to breed much sooner than females. Females actually take 2 years to start breeding.

The eggs are quite large and it can hurt the young female by laying them and keeping them inside their belly. Leopard geckos eggs are not hard or rigid.

For quickly growing of eggs you need to provide them right incubation and moisture.

Placing eggs in a rightful condition helps them to grow and develop quickly. Place the eggs in a container with 2 to 3 inches of medium. The eggs should be buried about halfway.

The container can be any clear plastic container with a few holes for circulation. The medium can be vermiculite, sand, or peat moss. Vermiculite works best for controlling moisture.

The medium should be damp, not wet and you should not be able to squeeze any water out of it.

Moisture content is important, too much and the eggs develop fungus, too little and they dry out.

If the medium dries out during incubation, you may need to add water one drop at a time.

Leopard geckos are handy, placid nature, really is a pet of all the members of the
family and for individuals as well. They are happy to be held by anyone smoothly but
they do not like to move them upside down.